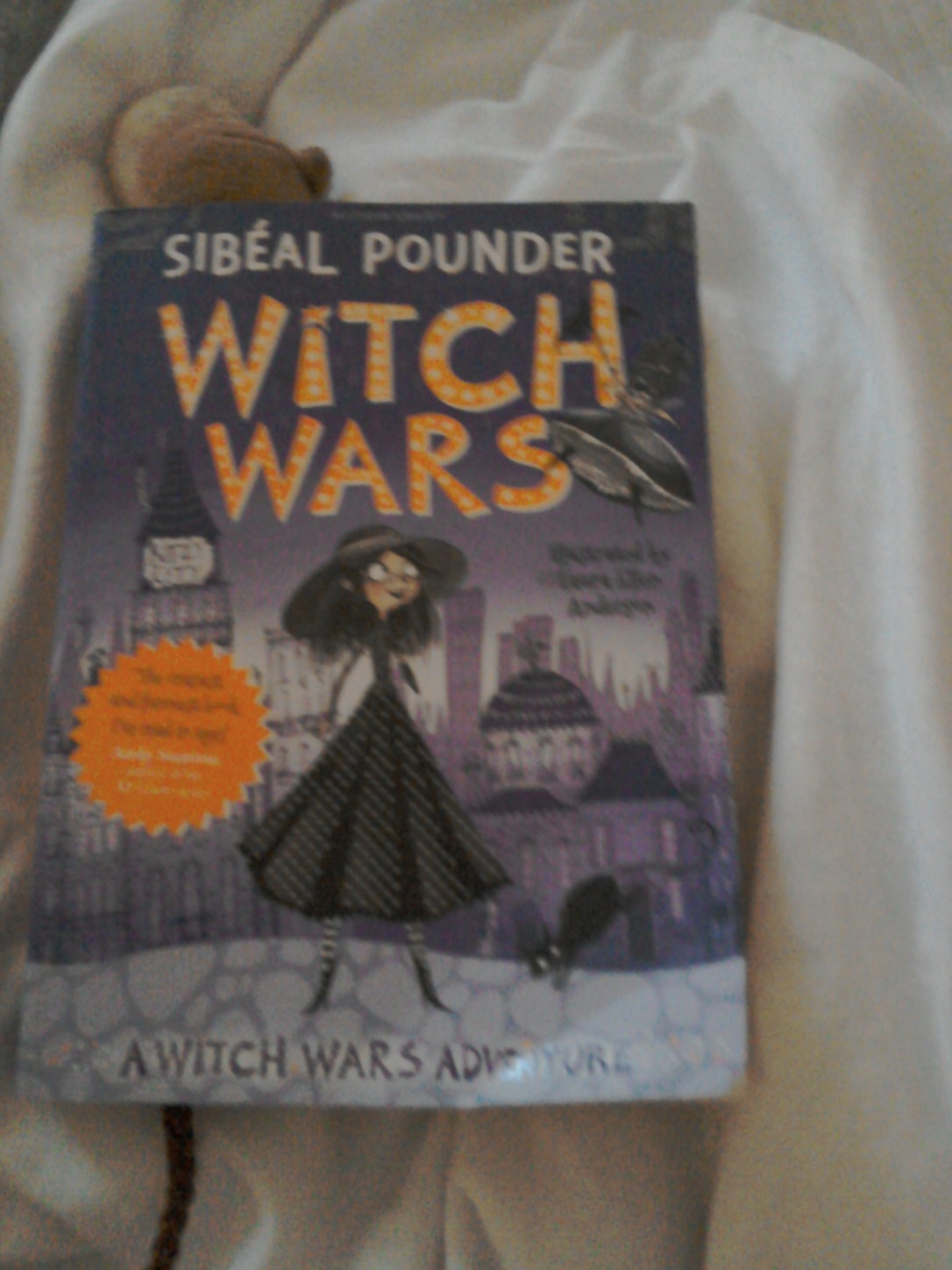 Witch Wars centres around  a girl called Tiga Whicabim. Tiga was a normal girl, or so she thought… One day, when Tiga was hiding from her evil guardian, Miss Heks, a fairy called Fran visited her and announced that she was a witch! At first, she wasn’t convinced but in the end Fran persuaded Tiga that it was true 😱!

Once she discovered that she was a witch, she found out that the land she was in was called Ritzy City, which was where all the witches lived 🏡. She also learned about Witch Wars, an event that only happens every nine years and which involves nine witches who have been nominated by people who they know. Not only that, but Tiga is nominated to take part!

What does it involve? Does Tiga win Witch Wars? Find out in this exciting adventure.

This book is suitable for ages 5+.

Amazing Esme is about a girl called Esmeralda (Esme for short).  She goes to visit her cousins’ castle 🏰. The cousins are called Magnus, Cosmo and Gus. Magnus, Cosmo and Gus look after animals like🐶🐕🐩🐇🐓🐀🐁🐭🐘🐤🐥🐥🐦🐧with their father (🐇🐻🐭🐼🐧🐇) but he sometimes has to go to rescue more animals. THE COUSINS EVEN MAKE A FAIRGROUND 🎡🎠🎢! (Esme has a donkey called Donk🐴)!

Esme’s parents are people who live with a circus so because Esme and her cousins were making a fairground at the castle, Esme thought that she could do an act that she and Donk had been practising. The name of the act is called the Flying Tigers 🐯 🐯.  Cosmo is a bit mean to Esme because he was very jealous of her being able to do her tricks.

Is Esme successful in her amazing act?

Find out in the story!

This story is suitable for ages 5+.

Ivy+Bean is about a girl called Bean 🌱 and her friend Ivy . Bean is a naughty girl 😠. But Ivy is sometimes naughty and sometimes good 😠,😆. Ivy has heard a story about a man who was able to talk to animals because he had a pure heart. So the girls decide to try to get birds 🐦 to perch on their fingers to show that they have pure hearts too💖. It’s not quite as simple as either of them would have hoped!

Do they manage it? Find out in the story!

There’s a boy called Joe who has three sisters 👸,👰 and 👱! His sisters drive him crazy with all of their fairy stuff.  Some children are coming to his house and he thinks that they don’t like fairies but his sisters try to talk them into playing fairies.

Does he manage to make a friend?😕  Does his next door neighbour dress up to look like a fairy? If you like crazy stories then this is the book for you 💗.

There’s a boy called Tom who goes to his Uncle’s castle to train how to become a knight ! He meats the outlaws on his way to become a knight at his Uncle’s castle.They are first thought to be enemies but they realise eventually that he is friend not foe. Join Tom to find out whether his Uncle truly got really mean or did Marshal Guppy trick them? Did Tom find a dragon and complete the mission or did they fail and not find the dragon? Or did Marshal Guppy get himself a revenge!  🙅